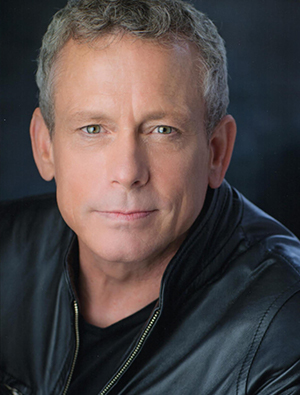 Once known to millions of television viewers as the girl-chasing, trouble-prone, but good-hearted middle son from the hit series “Eight is Enough,” former teen heartthrob Willie Aames is all grown up these days and with that growth has come a creative, moral, and spiritual maturity that makes the former pop culture icon one of the most passionate and purposeful entertainment executives in the business.

Years ago, at the height of his wildly successful acting career, Aames embraced the fast-paced, thrill-seeking Hollywood lifestyle and the life-threatening temptations that came with it. Today, a thankful, clean and sober Aames faithfully uses his talents to create quality family programming.

Drawing upon over forty-five years of experience in the entertainment industry, Aames continues to wield strong influence within the creative community having broken new ground with his wholesome Bibleman video series and live-action shows for children. But while his penchant for excellence remains unchanged (Aames had starring roles in the top-rated, long-running network television series “Charles in Charge” with Scott Baio and “Eight is Enough” with Dick Van Patten), his professional goals and personal motivation are characterized by a dramatic new depth.

Willie has also co-authored a dramatic and revealing autobiography entitled “Grace Is Enough” which topped the book charts throughout the country when it was published.