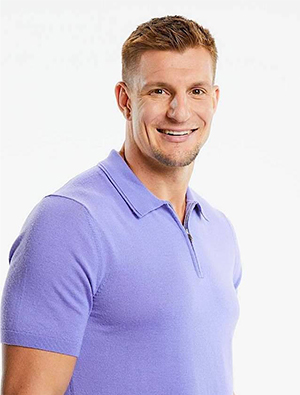 Rob Gronkowski is an American football player for the Tampa Bay Buccaneers who previously played for the New England Patriots where he won three Super Bowl championships and was the all-time single season touchdown leader for a tight end.

Rob recently served as an NFL analyst for “FOX NFL Sunday” alongside Terry Bradshaw, Tony Gonzalez, Jimmy Johnson, Howie Long and Michael Strahan. He has appeared in feature films including “Entourage” and “American Violence” and will be seen in the upcoming “Boss Level” with Mel Gibson and Frank Grillo.