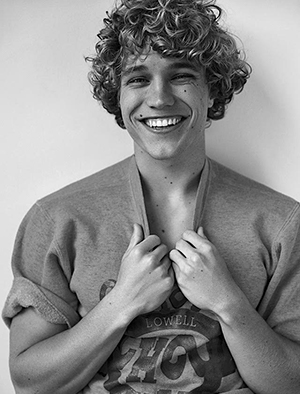 Accidentally venturing into the fashion and modeling industry, Owen Lindberg has taken the industry by storm and now works consistently in Los Angeles, New York and Miami.

As a "normal" young 20 year old from Arizona, Owen tried to first get into modeling by posting some photos on his Instagram and making a trip to Los Angeles where he was then rejected by "every single agency". It was after a few personal hardships he decided to buy a one-way ticket to New York City to see if he could make something of himself in the modeling world of NYC. He found success and managed to beat the odds.

An instagram sensation, Owen would like to inspire and motivate his followers and eventually move into public speaking encouraging younger boys and girls while giving them advice to pursue their passions and dreams.

Recently, Owen appeared in two short films and looks forward to other acting opportunities in the future.