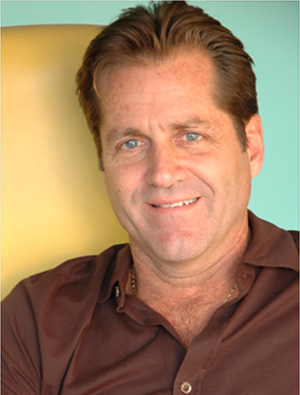 James (Jimmy) Van Patten is an accomplished actor, writer, and producer with a lifetime involvement in the entertainment industry, encompassing film, television, and theater. He has been critically acclaimed as an actor and has received awards for his screenwriting talents. His independent production company, which he co-founded with his brother, released its first feature film to theaters in 1996.

Born and raised in New York, Jimmy followed in the footsteps of his father, actor Dick Van Patten as a professional actor by age twelve. When he was a teenager, the Van Pattens moved to Hollywood, where Jimmy was immediately cast as a reform school boy in the hit television series “The Odd Couple” launching a successful acting career.

Jimmy literally grew up guest-starring on television series, mini-series, and feature films. As an adult, Jimmy also starred in two television series of his own. He starred opposite Robert Preston in the award winning series, “The Chisholm’s” for CBS, playing the role of “Bo Chisholm”. He also starred in Ron Howard and Brian Grazer’s Imagine Entertainment’s comedy series “Poison” for Showtime, opposite Andrea Martin and Bud Cort.

Van Patten also has impressive film credits with roles in over 35 motion pictures, including “The Apple Dumpling Gang Rides Again”, “Freaky Friday”, (opposite Jodie Foster) “Roller Boogie”, “Lifeguard” and “California Dreaming”. He also received critical acclaim from the LA Times for his ‘live fast die young” performance in the feature film “Young Warriors” released in theaters worldwide. On the comedic side, Jimmy appeared in two Mel Brooks’ productions, “Life Stinks” and “Robin Hood: Men in Tights” and was directed by Keenan Ivory Wayans in “Don’t Be a Menace in South Central”. He has also appeared in the popular horror film franchise, “SAW” reprising his character of Dr. Heffner in “SAW 4”, “SAW 5”, “SAW 6” and “SAW 7–The Final Chapter in 3D.” He also co-starred  opposite Academy Award winning actors Nicolas Cage and Faye Dunaway in the suspense thriller “Inconceivable”.

Recently, Jimmy saw the release of his latest feature film “Seven Days to Vegas", which he co-starred and produced with his brother Vincent Van Patten. The 2019 film is based upon the true accounts of one of Hollywood’s biggest poker games gone wild and was a hit on the film festival circuit winning numerous awards.

Jimmy’s theater experience includes “Mr. Roberts” at the San Antonio Fiesta Theater, “Breakfast with Les and Bes” at Burt Reynold’s Jupiter Theater and The World Debut of “Passengers” touring with the Frank Kenley Players. He starred in the critically acclaimed national tour of “The Sunshine Boys” where he performed in over 100 cities in the role of Ben Silverman. Jimmy also appeared in “Harvey” at the Laguna Playhouse with Charles Durning as well as at the Cord Theater on Broadway in 2004.

In addition to his acting career, Jimmy also wrote and created the comedy, “Dirty Tennis” for MCA which won the New York and VSDA Awards for “Best Comedy Video of the Year in 1990”.

As a producer, Jimmy, and his brother, Vincent first collaborated on the feature film ”The Break” starring Martin Sheen which was theatrically released by Trimark Pictures.   Jimmy and Vincent also wrote and produced, “The Flunky”, directed by Vincent Van Patten and starring Jimmy, Dean Stockwell, and Farrah Fawcett. “The Flunky” won two key creative awards, “Best Cinematography in a Feature Film” and “Best Director on a Feature Film” at the 2000 Port Hueneme International Film Festival.

Jimmy has also completed writing the stage adaptation of “The Flunky” as a musical comedy for the Broadway stage. He and Debbie Gibson (who co-wrote the music) are collaborating on this very exciting project.

Since 1989, Jimmy has been the spokesman for his father’s company “Dick Van Patten’s Natural Balance Pet Foods” which has grown into a highly successful international company.