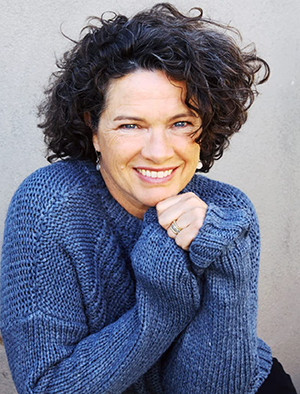 Heather Langenkamp was born in Tulsa, Oklahoma, where she got her start in acting when she was cast as an extra in the Francis Ford Coppola films "The Outsiders" and "Rumble Fish" which were both filmed in Tulsa.

Subsequently, she became known for her role as the moralistic Marie Lubbock on the ABC television series "Just the Ten of Us", a spin-off of the popular ABC situation comedy "Growing Pains" on which she had guest-starred.

Later Heather portrayed fictionalized versions of herself in "New Nightmare" and the figure skater Nancy Kerrigan in "Tonya & Nancy: The Inside Story".

The following year, she had a supporting role as the reporter Christy Carruthers in the horror film "The Demolitionist" She has also served as executive producer and narrator for the documentary "Never Sleep Again: The Elm Street Legacy" followed by roles in "The Butterfly Room", "Star Trek Into Darkness" and "Truth or Dare".

She has since starred in a variety of independent films. She co-owns AFX Studio; a company responsible for the special effects for films such as "Dawn of the Dead" and The "Cabin in the Woods".

Currently Heather is starring in the new Netflix horror series "The Midnight Club" which is filming in Vancouver, Canda.

She has been married to David LeRoy Anderson since 1990. They have two children and live in Malibu.