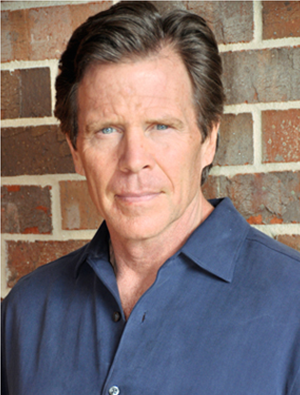 Born in Middlebury, Connecticut, Grant Goodeve’s earliest role was in an episode of the NBC series Emergency!

Best known for playing the role of David Bradford, the oldest son, on the popular ABC comedy-drama series Eight Is Enough, he also sang the theme song for the show as well.

When Eight Is Enough ended, Goodeve appeared in guest roles on series such as The Love Boat, T.J. Hooker, Dynasty, and Fantasy Island. He later reprised his Eight is Enough role in two NBC reunion movies, Eight Is Enough: Reunion and An Eight Is Enough Wedding. He also appeared in several episodes of Murder, She Wrote and The WB’s hit series 7th Heaven.

Most recently, Goodeve appeared in the hit Lifetime TV series Army Wives. Other work includes Home and Garden Television and voice roles, such as the Engineer in the multiplayer video game Team Fortress 2 and Wolf O’Donnell in Star Fox: Assault.

Goodeve moved to the Pacific Northwest in 1989 with his wife and three children. Soon after moving there, he began appearing in the recurring role of Rick Pedersen, the ill-fated bush pilot in Northern Exposure. He also began contributing to KING- TV’s Evening Magazine and is currently entering his 16 the season as host of the popular outdoor/travel show Northwest Backroads.

Fans also know Goodeve as the host of If Walls Could Talk and Homes of Our Heritage on HGTV.

Goodeve has numerous voice-over credits including national television commercials, most notably the voice for CenturyLink, as well as documentaries as well as video presentations for many companies and corporations including Delta Airlines, Microsoft, Boeing, Farmer’s Insurance. Bayliner, Ford, Fiserv, and Motorola.

Goodeve and his wife Debbie currently split their time between Colorado and Los Angeles.