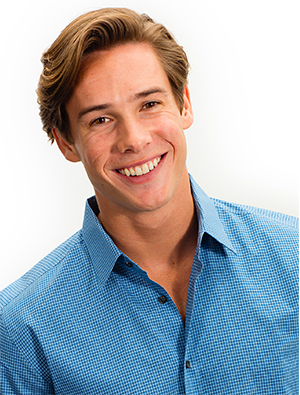 Garrison Lambert grew up in Seattle, Washington where he developed a passion for musical theater at a young age while performing several leading roles in local productions such as The Sound of Music, Oliver and Joseph and the Amazing Technicolor Dreamcoat.

Garrison relocated to Southern California at 18 and then spent the next few years modeling in Los Angeles and New York as well as internationally throughout Asia, including Tokyo and Shanghai.  He then made the decision to return to Hollywood to purse a full time career as an actor in the film and television industry.

Over the last six years in Los Angeles, Garrison has appeared in several major national advertising campaigns including Ford and Samsung working along side such teen stars as Bella Thorne and Bea Miller.  He has appeared in a number of short films that are currently in the submission process for the festival circuit.