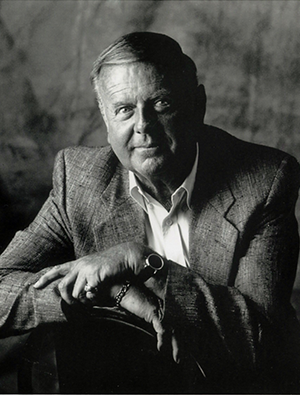 Dick Van Patten has been acting since he was a child. He made his first of 27 Broadway appearances at age seven in Tapestry in Grey. Since then, he has appeared in many films including Freaky Friday (with Jodie Foster), Robin Hood: Men in Tights and Space Balls.

His TV credits include his starring role on the hit 80’s comedy-drama Eight is Enough, where he played Tom Bradford – the patriarchal head of the pack.

Dick is also the author of several bestselling books including How To Get Your Child Into Show Business and his autobiography Eighty Isn’t Enough.

Dick is also known for starting and lending his name to Natural Balance, a line of high-end pet foods for dogs and cats.