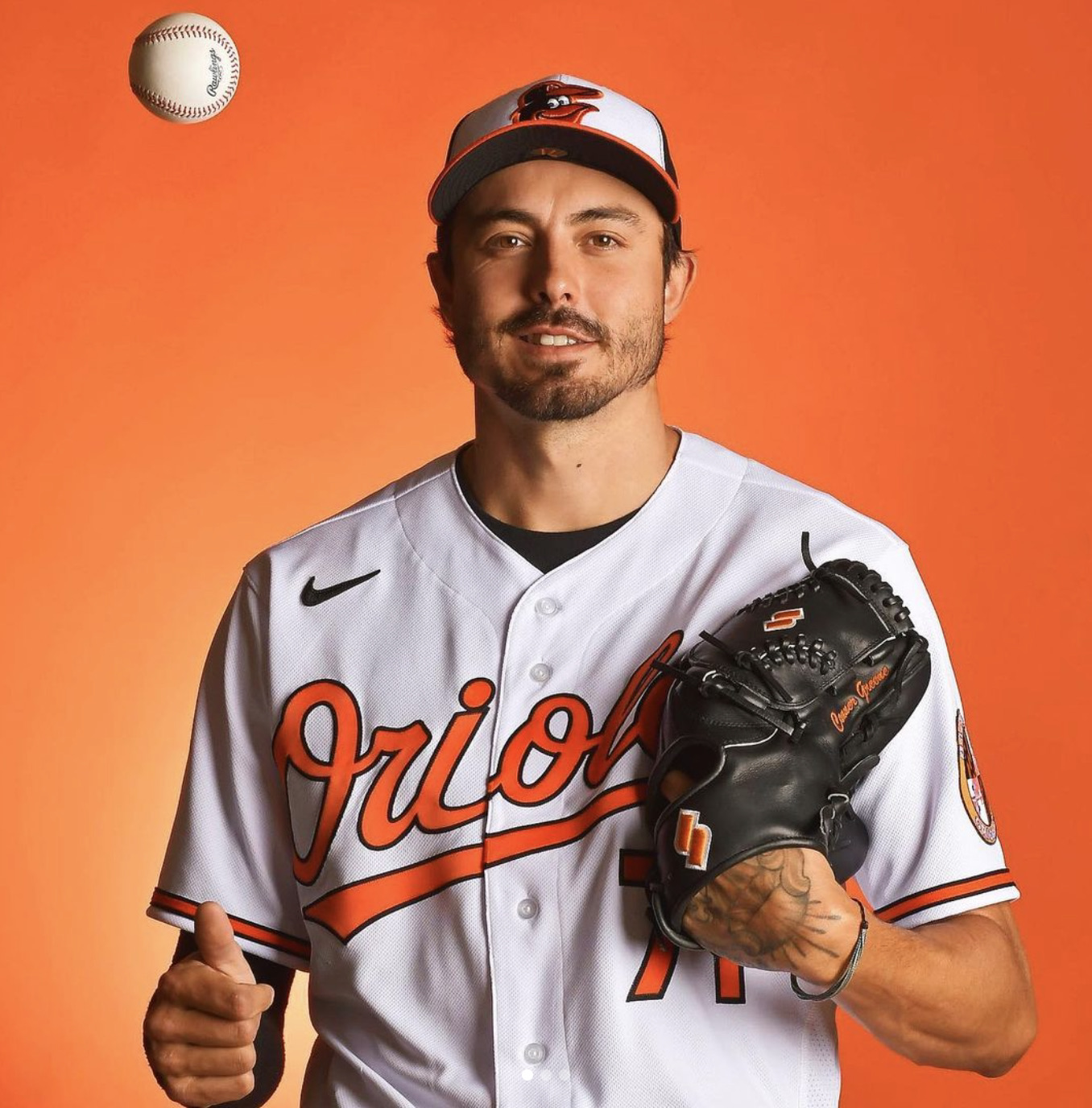 Called up to the Majors by the Los Angeles Dodgers in August, 2021, Conner Greene pitched his first game in Philadelphia as a Dodger just one day after his signing. It was only three weeks before that Greene made his MLB debut for the Baltimore Orioles in July, 2021.

Conner Greene was acquired by the Toronto Blue Jays in the seventh round of the Major League Draft in June 2013 as Greene then made the jump to professional baseball the same week he graduated from Santa Monica High School.

Greene was originally assigned to the Gulf Coast League Blue Jays, Toronto’s Rookie level affiliate.  In his first two seasons, (2013 & 2014), Greene split his time between the GLC Blue Jays as well as the Bluefield Blue Jays in the Appalachian League.

Greene also played in the 2016 Arizona Fall League which is reserved for some of the biggest names in the minor leagues.

In 2018 Greene the Blue Jays traded him to the St. Louis Cardinals. He began the season with the Double-A Springfield Cardinals and was later promoted to the Triple-A Memphis Redbirds later that season. The Cardinals then designated Greene for assignment. He was later claimed off waivers by the Kansas City Royals

In November 2020, he became a free agent and the following month he signed a minor league contract with the Baltimore Orioles and has been assigned to the Orioles roster for their alternate site in Bowie starting in May, 2021.

“Being a professional ballplayer has always been my dream,” says Greene.  “It was something I've envisioned my entire life,” Greene said. “I go to sleep dreaming about it. My ambition is to not only be known as a great pitcher, but as an above average hitter as well.”

"Playing for the Dodgers is like a dream come true for me," admits Greene. "They are my hometown team and I have followed them all my life."

While applying his baseball talent and skill in hopes of a longtime career in the Major Leagues, Greene is simultaneously fielding offers from the entertainment industry and several high profile modeling agencies including Ford and Wilhelmina.

Greene appeared in television commercials as a youngster and was featured in several episodes of the hit FOX-TV comedy series “Anger Management.” He was also profiled as “one to watch” on the entertainment TV show “EXTRA.”

Clearly, Conner is as comfortable in front of a camera as he is on the pitching mound.