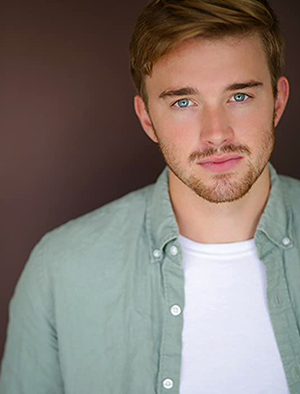 Chandler Massey was born and raised in Atlanta, Georgia, with his two younger siblings. He is the son of Lewis (former Secretary of State of Georgia) and Amy Massey.

Chandler graduated from Norcross High School in May, 2009. While there, he was active in the Drama Club and took part in many of the school productions. Later that year, he moved to Los Angeles to attend UCLA and pursue his dream of acting.

In December 2009, after completing his first quarter at UCLA, Chandler auditioned for the role of "Will Horton" on NBC's top-rated daytime drama, Days of Our Lives and won the role. During Chandler's first four years on the show, he garnered four Daytime Emmy nominations and three wins for Outstanding Younger Actor in a Drama Series, thus becoming the first actor to win this honor for playing a gay character.

He left Days in 2013 to continue his studies at UCLA and to star in a few independent films. In 2017, Chandler reprised his role as Will Horton on Days and went on to earn his 5th Emmy nomination.

In 2018, he graduated from UCLA with a degree in Economics.