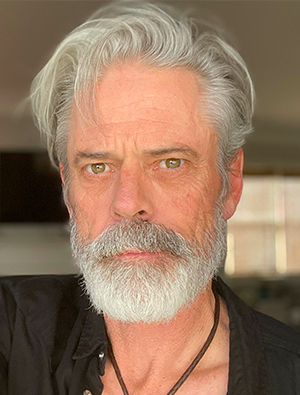 The son of a professional bull rider turned stuntman, C. Thomas Howell started working in the film industry at the age of seven.  In 1981, he was cast as ‘Tyler’ in Steven Spielberg’s E.T. The Extra Terrestrial.  Shortly thereafter, he nabbed the lead in Francis Ford Coppola’s classic The Outsiders, starring opposite the likes of Diane Lane, Patrick Swayze, Matt Dillon, and Tom Cruise. It was Howell’s gripping performance as the tough, yet vulnerable, ‘Ponyboy Curtis’ in The Outsiders that made him a household name virtually overnight.

Earmarked as one of the most promising young actors of the 1980s, Howell’s career soon skyrocketed with roles in films such as the cold war invasion drama Red Dawn, the classic psychological thriller The Hitcher, and the hilarious but controversial college farce Soul Man. Since then, Howell has been in consistent demand with filmmakers for the last thirty years, appearing in favorites such as That Night, Gettysburg and Hidalgo.

Howell has found himself cast in several recurring roles in three popular television series currently on the air: Outcast for Cinemax TV, Stitchers on Freeform TV and Showtime’s Ray Donovan.

Howell co-starred as the unpredictable Officer Bill “Dewey” Dudek in the TNT smash hit drama series Southland as well as appearing an in a special episode of Hawaii 5-0 while also making several guest appearances as the serial killer “The Reaper”, on CBS’ Criminal Minds. His many television appearances include The Glades on A&E as well as Torchwood on the Starz Channel and TNT’s Animal Kingdom.  He also played a key role in Sony’s blockbuster film, The Amazing Spider Man.

Outside of his acting career, Howell is an accomplished team roper, enjoys a good game of golf, loves playing his guitar and spends as much time as possible on his farm and with his family.