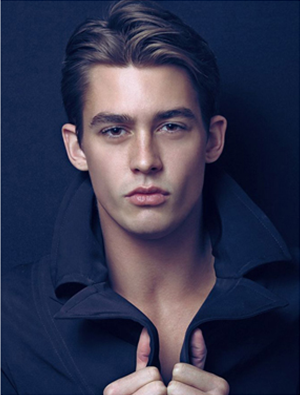 Anthony grew up in Tennessee and attended Maryville High School where he was an all-around athlete. Upon graduating, he joined the ROTC and studied at Michigan State University where he was also was a member of the Varsity wrestling team on campus. After a shoulder injury ended his wrestling career, Anthony decided to try his hand at modeling and acting.

He moved to New York City where he was signed by the prestigious FORD Modeling Agency. He quickly started booking jobs including an Abercrombie Fitch/Hollister 2012 Holiday Campaign shot by iconic photographer, Bruce Weber.

Deciding to give acting a shot, Anthony relocated to California and landed several appearances on such TV series as FX’s Anger Management and the Hallmark Channel’s reality series Who Let The Dogs Out.

Anthony currently is writing a screenplay and lives in Florida with his wife and two children.