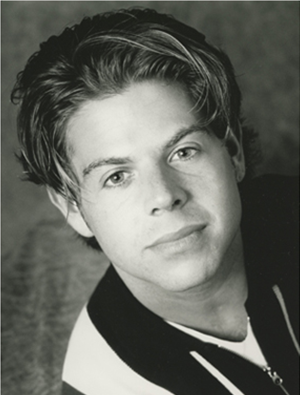 At the tender age of seven, and for the next five years, Adam Rich captured the hearts of all America as Nicholas Bradford on ABC-TV’s hit comedy/drama Eight Is Enough. However, this was only the beginning for this young actor.

Adam went on to star in two other television series, as Danny Blake in Irwin Allen’s  Code Red and as Clovis in Disney’s Gunshy on  CBS.  He also reprised his role as Nicholas in the NBC Television movie, Eight Is Enough: A Family Reunion which was the second highest rated movie of the week in 1988 and An Eight Is Enough Wedding  which also aired on NBC.

Adam began his career at the age of five by doing over seventy commercials.  He went on to make numerous guest appearances on such television shows as The Love Boat, Chips, Fantasy Island, Silver Spoons, Small Wonder,  St. Elsewhere and Baywatch.

Within the realm of films, Adam also made his mark starring with Bill Cosby and Elliott Gould in The Devil and Max Devlin, as well as The Fish That Saved Pittsburgh.

Along with his TV father, Dick Van Patten, Adam hosted the network special Whatever Became of... and also starred in his own CBS Children’s Mystery Theatre Special, The Zertigo Diamond Caper for which he won the Youth In Film Award for Best Young Actor in a Television Special.

Using his talents to help young performers, Adam has taught classes for young actors at the prestigious Beverly Hills Sound Stage.  This is a great opportunity for the students, as well as Adam as he can work on his craft while helping others.

Adam is single and lives in Santa Monica.